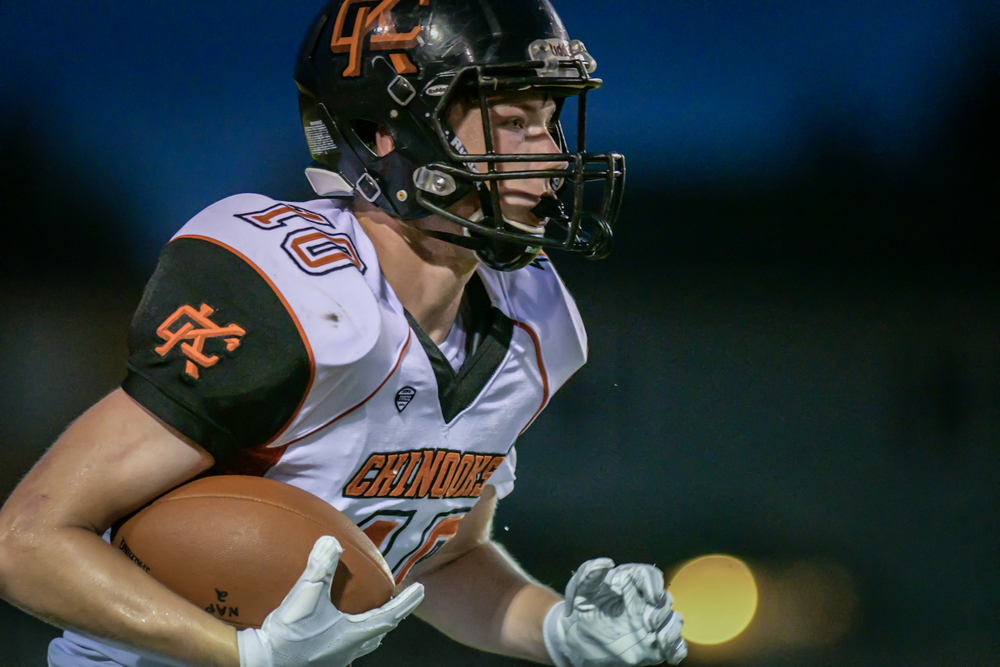 Approved by the board with minor modifications, the committee's proposal offers flexibility and choice, demonstrates strength, perseverance and unity, and, most importantly, allows the school to maintain the team name “Chinooks.”

But how and why did the committee come up with this recommendation? To understand that, let’s rewind...

Working collaboratively with the community

Late last year, Kalama School District began working with a group of volunteer community members to establish an official mascot image for Kalama High School -- one that would complement the existing Chinook identity enjoyed by all Kalama schools and be supported by students, alumni and the Chinook Tribe.

Before long, an official mascot committee was born; each member connected by a shared passion for Kalama schools, its students, and traditions.

Among the first images and symbols discussed by the committee were oars, canoes and totems. A representative from the Chinook Tribe advised the group on how to develop an image that would both accurately and respectfully represent the Tribe’s cultural heritage. 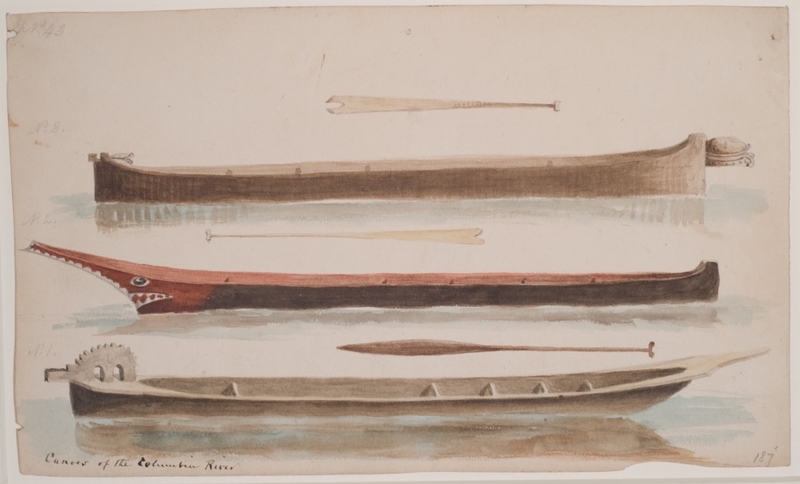 Above: A depiction of Chinook canoes, courtesy Portland State University

As the calendar flipped to 2021, the committee’s work continued. At the same time, in Olympia, Rep. Debra Lekanoff (the lone Native American currently serving in the Washington State Legislature) introduced House Bill 1356. The bill, which quickly gained bipartisan support, sought to prohibit all public schools in the state from using Native American names, symbols or images as school mascots, logos, or team names.

Recognizing that this bill would not only impact the mascot committee’s ongoing efforts if it became law (which it did in late April 2021), but also the school’s team name, two clear options presented themselves:

Faced with this important decision, the committee paused its work and the school district issued a survey to students, staff, and the Kalama community, asking for guidance on how to proceed.

The survey feedback was clear: more than 70% of participants in each group voted in favor of creating a KHS mascot that could represent a non-Native American “Chinook” and allow the school to maintain its team name.

Above: Results of the March 2021 community mascot survey

With a clear directive from students, staff and community members, the committee resumed its work. After some brainstorming, advanced discussions centered around two examples referenced in the community survey: wind and salmon.

Deliberating further, the committee appreciated the fact that Chinook Salmon are known for their strength and endurance, and are culturally celebrated in the Pacific Northwest. The group also acknowledged that Chinook Winds would be difficult to portray as a mascot.

Ultimately, the committee chose to move forward with the development of a mascot inspired by a Chinook Salmon. Now the question was, what would it look like?

From their very first meeting as a group, members of the mascot committee agreed that whatever form the new KHS image were to take, it must utilize the school’s traditional color scheme and represent the following traits:

Not lost on the committee is the fact that many students and community members feel a strong connection to the “KC” logo, which has been used by both middle school and high school athletics teams for many years. Although it isn’t a mascot, the logo does portray several of the aforementioned traits: the connected “K” and “C” represent unity and togetherness; the bold letters show strength.

At the same time, as a result of the new law, it’s understood that the team name “Chinooks,” will have to change unless it is officially attributed to something non-Native American.

A proposal built on flexibility and choice

With the start of the 2021-2022 school year nearly upon us, the committee entered its official recommendation to the Kalama School Board on Monday -- a recommendation that includes much more than a single image.

The now-approved proposal involves the adoption of a series of images and logos; official images that can be mixed and matched by individual students, athletic teams and community members, based on personal and team preference (uniforms, apparel, etc.).

Above: A pair of the mascot committee's recommended images

Having multiple official images to choose from would allow the Kalama Football team, for example, to continue to wear the KC logo, if preferred. At the same time, the district would be able to register the salmon image with WIAA (Washington Interscholastic Activities Association), ensuring that the school is in compliance with the new law and able to maintain the “Chinooks” team name.

The school board approved the committee’s recommendation during the August 9 board meeting with a request to make the salmon's spots black instead of gray.

The district wants to thank the members of the community mascot committee for their time, hard work and dedication throughout the mascot development process, and for their creative, thoughtful recommendation to the board!