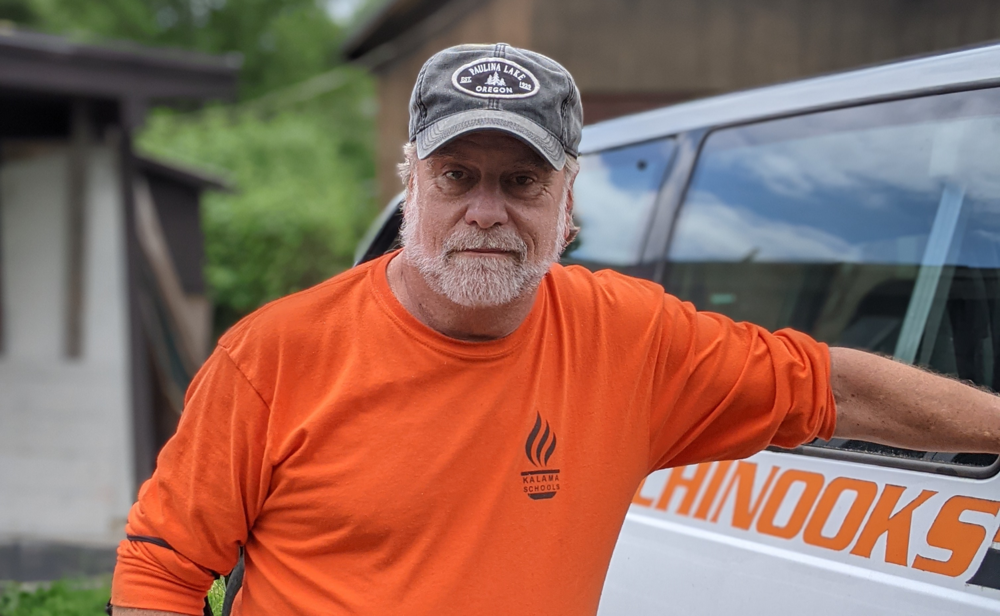 Dennis Watts, a member of Kalama School District’s maintenance team, has been named the 2020 School Employee of the Year by the Kalama Chamber of Commerce.

Watts, who has worked for the district for eight years, was recognized for the significant role he played during the COVID-impacted school year, helping to keep district facilities clean, presentable and, most importantly, safe for staff, students and the community.

“Dennis has always shown to be highly-dependable and approachable with a fantastic attitude and work ethic,” said Jeff Johnson, KSD Maintenance Director. “However, since the arrival of the COVID pandemic, Dennis has proven to be a very vital cog in the ever-changing functions of the district. He has become a leader, mentor, and has seamlessly adjusted to increasing demands for student, staff and public safety.

“With all of the challenges,” Johnson added, “Dennis has stood out as the linchpin for the operations of the district, and I cannot overstate his value…”

Previous School Employees of the Year include:

The Chamber did not give out a 2019 School Employee of the Year award due to the pandemic.