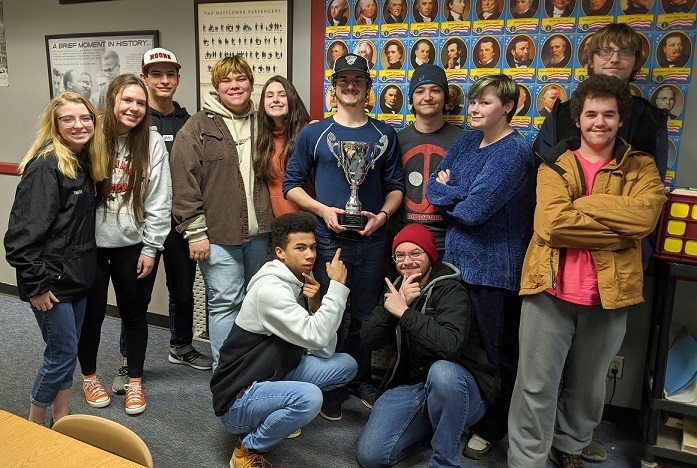 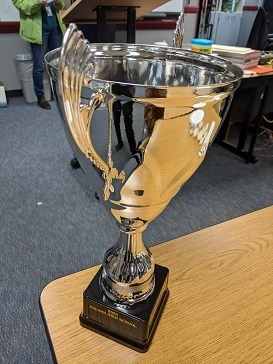 KHS successfully registered more than 30% of its eligible students to vote, which according to Cowlitz Auditor Carolyn Fundingsland, was double the rate of the next highest scoring school.

“You guys not only accepted this challenge, you slayed the competition!” Fundingsland told students during a trophy presentation at the high school on Thursday. “I just want to say thank you because there aren’t a lot of opportunities for me to get out of my office, and this was really fun.”

In total, four Cowlitz County high schools participated in the Auditor’s Cup. Kalama High School will get to keep the trophy until next year.