The Kalama School District Board of Directors has approved a replacement levy resolution for the upcoming February 14, 2023 election ballot.

Voters will be asked to consider a three-year replacement Educational Programs & Operations (EP&O) levy, which is the continuation of an existing funding measure that is set to expire at the end of this year.

The existing levy was approved in April 2020 at an estimated rate of $1.50 per $1,000 of assessed property value. The replacement levy is being proposed to voters at the same estimated rate. It is not a new tax.

About the Replacement Levy

Voters will be asked to consider a replacement Educational Programs and Operations Levy (EP&O) to help fund services and operations that are not fully-funded by the state or federal government. These services include, but are not limited to: 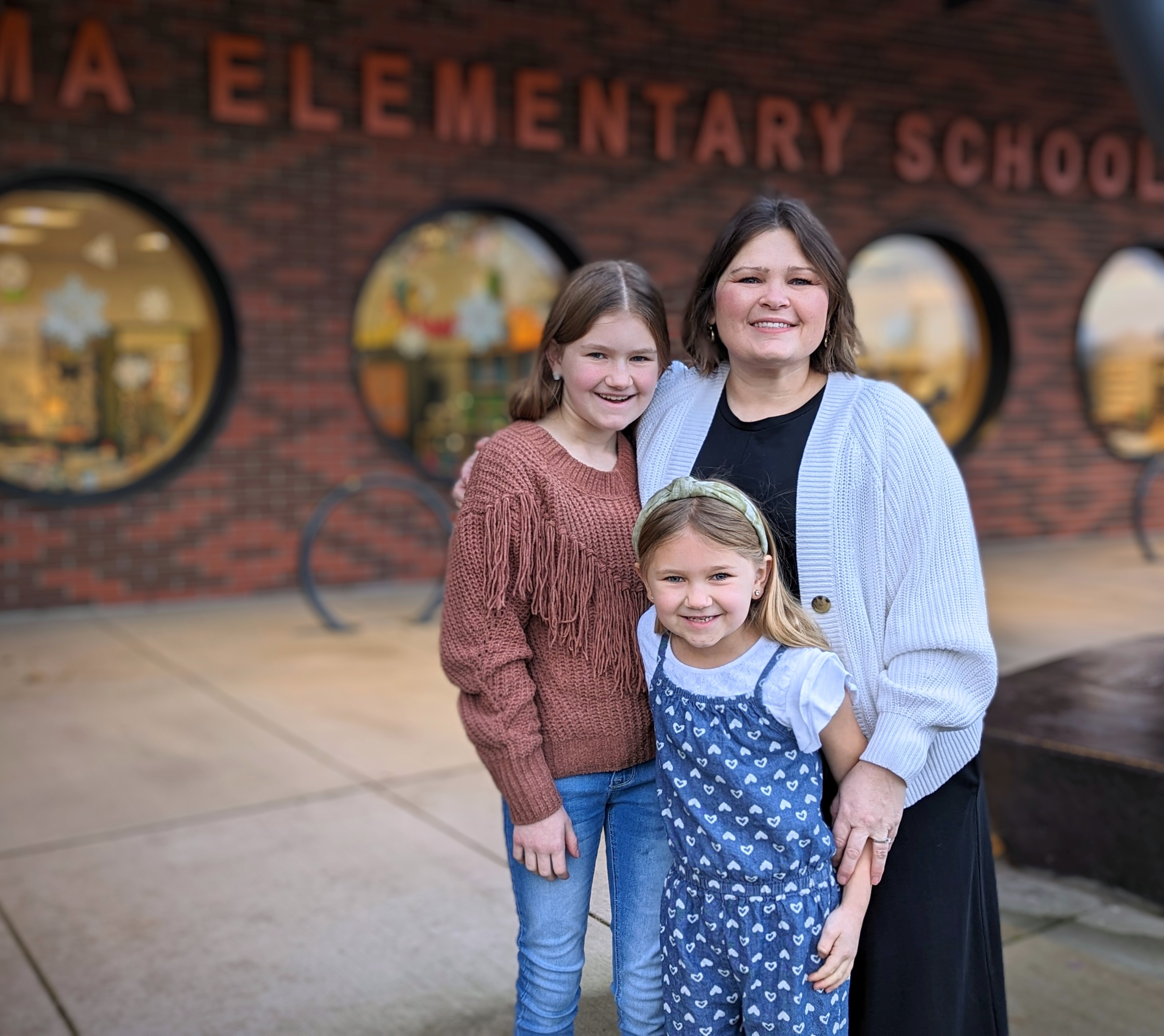 If the replacement EP&O levy is approved, in addition to maintaining services and operations that are not fully-funded by the state, Kalama will expand its educational offerings in key areas:

Kalama School District Superintendent Eric Nerison is ready to answer your questions about the replacement levy. For those looking for in-person opportunities to learn more, he will be available at the Columbia Inn Restaurant (698 NE Frontage Rd.) between noon and 1 p.m. on the following dates:

New: The district will host an evening levy information session this Monday (1/23) at 6 p.m. in the KMS/KHS Library.

You can also email your questions at any time to eric.nerison@kalama.k12.wa.us.

What role do levies play in school operations?

Levy dollars help to make up the difference between what the state provides for K-12 education and what it costs to operate schools while providing a quality learning environment.

Based on the 2021-2022 school year, the list below shows the percentage of school staff positions (organized by job type) that are funded and unfunded by the state. Levy dollars are used to help cover the unfunded amounts.

Additionally, the following school programs are 100% funded by a combination of local levy funds and ASB (fundraising) or grant dollars:

How are levy dollars distributed? How much goes to student learning & staffing?

Student learning and staffing represents the bulk of levy spending. Here’s a breakdown of how levy funds are divvied up by category: 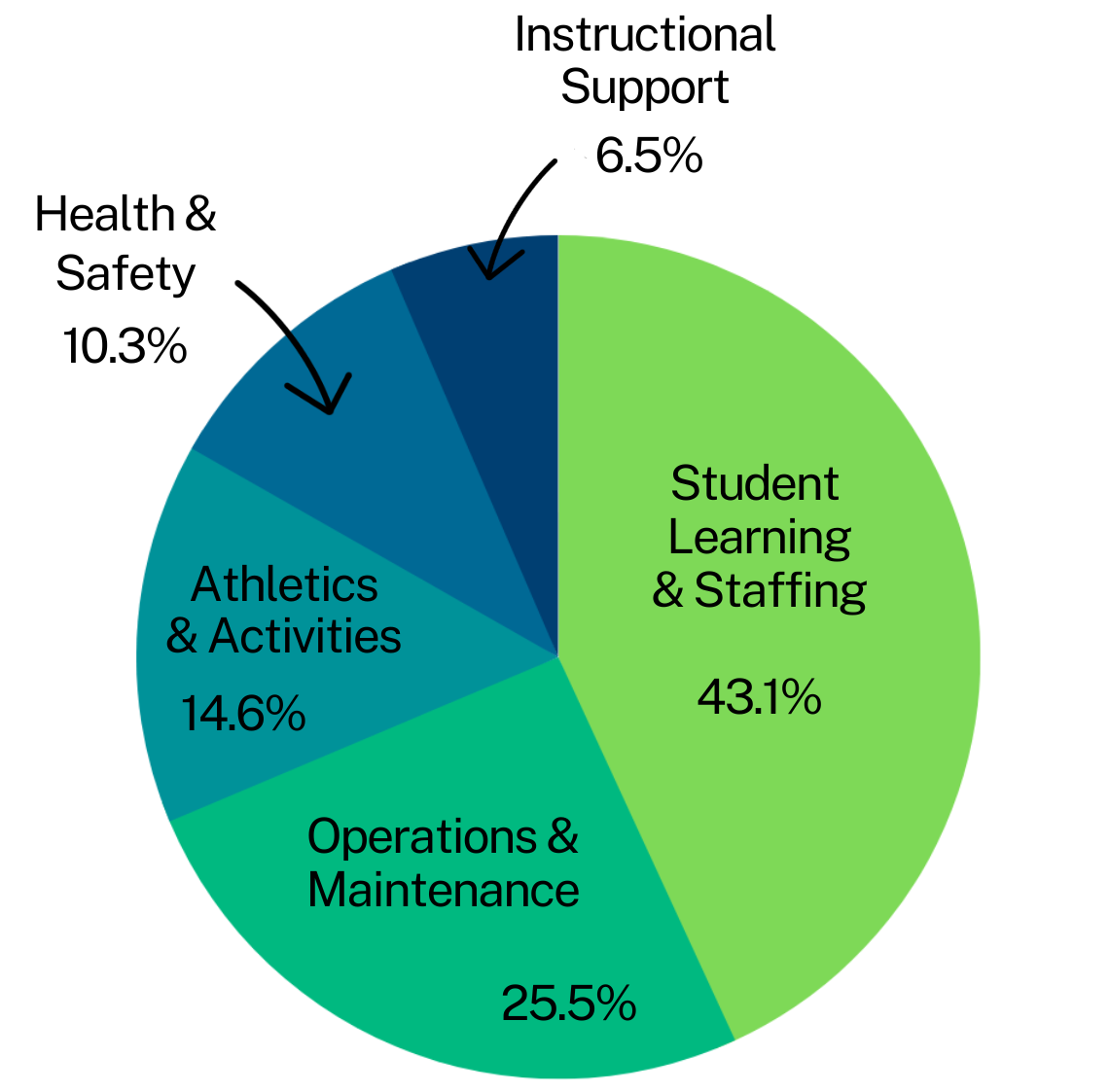 Why is this levy referred to as a “replacement levy?”

This levy is described as a “replacement levy” because if approved, it would take the place of the current levy, which expires at the end of 2023. The current levy was approved in April 2020 at an estimated rate of $1.50 per $1,000 of assessed property value. The new levy is being proposed to voters at the same estimated rate.

How does Kalama’s levy rate compare to neighboring school districts?

Based on the 2022 tax year, Kalama School District had the lowest Educational Programs & Operations (EP&O) levy rate in Southwest Washington*:

*Per $1,000 of assessed property value. Rates shown are for EP&O levies only.

In 2020, voters approved $2.4 million in annual funds to Kalama’s public schools over three years, and the district estimated that a rate of $1.50 per $1,000 of assessed value would generate that amount. In 2022, the approved amount was collected at a rate of just $1.42 due to population growth and changes in assessed property valuations.

What is the total dollar amount the district is asking voters to authorize for collection each year?

How does Kalama’s overall school tax rate (including all levies and bonds) compare to neighboring school districts?

Out of the 16 school districts in Clark and Cowlitz counties, Kalama School District’s overall school tax rate ranks as the 9th lowest. Kalama’s school bond was passed by voters in 2018 and used to construct the new elementary and middle school buildings. The district does not have multiple school levies.

How often are citizens asked to vote on a school levy?

By design, EP&O levies are short-term funding mechanisms (three to four years in length) that provide school districts with the flexibility to re-calibrate course offerings and operations (based on growth and community demand) every few years.

What happens if the levy does not pass?

If the replacement levy does not pass and local dollars expire, the district would have to cut a number of educational programs, staff positions, athletics and activities prior to the 2023-2024 school year. The loss of local dollars would result in larger class sizes across the district and fewer educational and extracurricular experiences for students.

What is the difference between a school levy and a school bond?

Simply put, levies are for learning and bonds are for building. Check out this video from ESD 112 to learn more about the difference between a levy and a bond.

Is there a tax break for senior citizens?

The FAQs above are largely based on feedback from the district's December levy communication survey. Thank you to those who participated! This section will continue to be updated with citizen input.